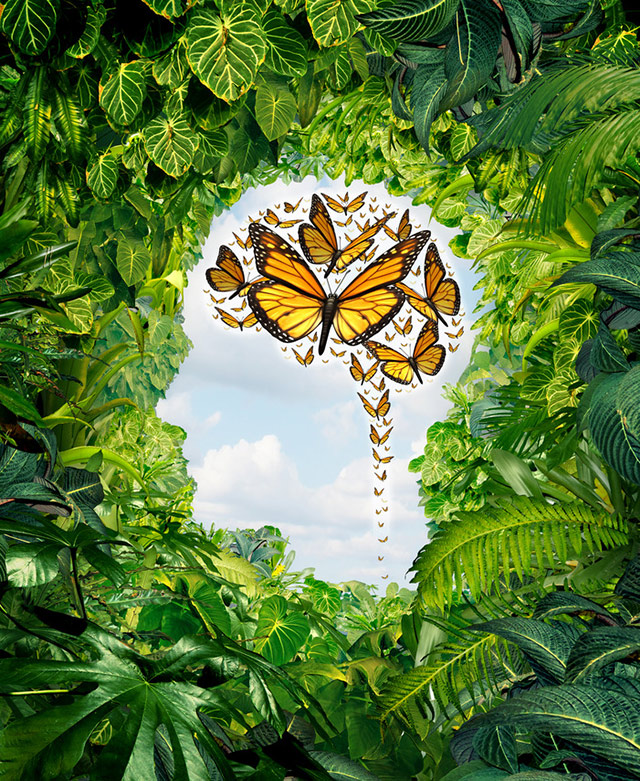 Behavior, Belief and Being: The Roots of Effective Change

Many of us feel impatient to create a better world, a better society. At the same time, have you ever felt frustrated at how hard it is to change the way you operate on a daily basis in your own life?

In order to make the most effective and sustainable change in your business and in society, we need to address deeper levels of change.

There are three possible levels of intervention to create change: behavior, belief and being.

Behavior is the easiest of the three levels to notice, and so most people try to start there in order to make a change. Examples of this approach include the mantra “just do it” and trying to use will power to go on a diet. You’ve probably noticed that this approach is the hardest to use and the least effective, because there are deeper entrenched roots to our behavioral patterns.

Your behavior is motivated by your beliefs that certain actions will bring you want you want or need, and then your sense of being or identity is the deeper framework out of which beliefs arise. If we ignore the subconscious factors directing our actions, old habits will take over again the minute our attention is elsewhere.

One client “Jeff” struggled with a problematic key manager “Jill” who was negatively impacting morale and productivity for her team. We discussed several solutions to the challenge she presented, yet Jeff kept finding himself unable to take action.  He felt stuck and could not change his behavior with nothing more than his good intentions.

With a bit of inquiry, Jeff uncovered strongly held beliefs that as the company owner, it was his top priority to protect and provide for his employees, even at the expense of business growth. Therefore, giving Jill negative feedback felt like being a bad protector and provider.

Then, underneath his beliefs lay his self-concept and identity. As a green business owner in particular, Jeff wanted to be seen as a kind and generous owner who honored the triple bottom line (of people/planet/profit) rather than someone who only cared about profit.

Ultimately, Jeff recognized that in order to fulfill the mission of his business, he needed to communicate more directly to have a more productive workplace.  It also could serve his value of compassionate leadership to give someone the feedback they needed for professional growth.

As a result of these insights and a few heartfelt discussions, Jeff and Jill created a transition plan that included reduced hours and training for her replacement. This closure created room for a new manager to come in with even higher credentials.

When you have the courage to look at the beliefs and identities underlying any unproductive behavior, the truth that is revealed allows you to work with much more awareness and effectiveness toward manifesting your mission.

Are you unsuccessfully trying to change how you act without addressing what lies beneath?  Take a look at what beliefs are dear to your heart, and who you are taking yourself to be.

What have you learned about behavior, beliefs and being?